Welcome to the Wiki

Cafe Little Wish (カフェ・リトルウィッシュ Kafe Ritoru Wisshu) is a Japanese adult visual novel developed by Patissier and released on February 14, 2003 for Windows PCs. It was later ported to the Dreamcast and PlayStation 2 consoles by Princess Soft. The story follows Leon, an amnesiac who has to work off his debt to Cafe Little Wish, after he engulfs everything in the cafe without paying any money.

Cafe Little Wish charted twice in the national top 50 for best-selling bishōjo games. The gameplay of Cafe Little Wish follows a branching plot line which offers pre-determined scenarios with courses of interaction, and focuses on the appeal of the five female main characters by the player character. In 2004, a sequel called Magical Tale was released. An art book and original soundtrack have also been released. 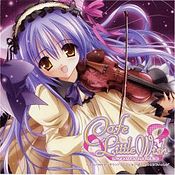 Add a photo to this gallery

Cafe Little Wish is a romance visual novel in which the player assumes the role of Leon. Much of its gameplay is spent on reading the story's narrative and dialogue. The text is accompanied by character sprites, which represent who Leon is talking to, over background art. Cafe Little Wish follows a branching plot line with multiple endings, and depending on the decisions that the player makes during the game, the plot will progress in a specific direction.

There are five main plot lines that the player will have the chance to experience, one for each of the heroines in the story. Throughout gameplay, the player is given multiple options to choose from, and text progression pauses at these points until a choice is made. To view all plot lines in their entirety, the player will have to replay the game multiple times and choose different choices to further the plot to an alternate direction.

Retrieved from "https://cafe-little-wish.fandom.com/wiki/Cafe_Little_Wish_Wiki?oldid=138"
Community content is available under CC-BY-SA unless otherwise noted.